So I purchased these CubeSensors a while ago to monitor my home environment. As many other geeks I like playing around with numbers and using tools to visualize them in the manner I please. When the package from them (finally) arrived I was a bit let down to discover they didn't have a good API to get the raw data from them. They did however provide access to a beta API which I requested access to. 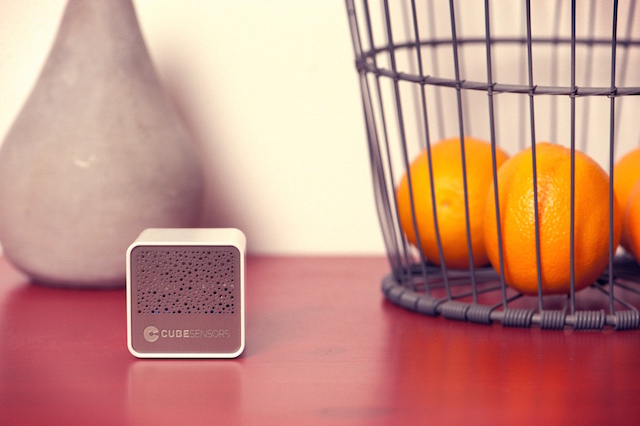 Preferably, in my opinion, the base station should come with a web server with a documented API that you can extract numbers from directly on the LAN. This means you could use the devices when you aren't even connected to the internet and allows for greater flexibility in general.

I discovered a few things:

Then I had the idea for another solution to get what I wanted, to set up a web proxy that read that JSON data and manipulate it as I best see fit before it travels over the series of tubes to the cube cloud.

For this purpose I will use a special bundle of the popular web server Nginx called OpenResty which is my weapon of choice for these type of tasks.

Here's the snippet of configuration that I needed to get a nginx to think it's data.cubesensors.com

To trick the base station to send data to my web proxy I activated this iptables firewall rule:

Then I had to write the intercept.lua to parse the JSON data and save it to my PostgreSQL database.

The raw numbers were a bit strange, so I did some googling and found this blog post that apparently got some math that cubesensors need to transform them into human readable numbers. I feel like CubeSensors should provide this information somewhere, or maybe they do, but I could not find anything anywhere. The transformation is done in the interceptor before saving them to SQL so there's less work for the API later.

Now that I have access to the raw numbers I can easily build my own frontends and easily access them however I please. One of the ways I created to display the data is a HTML5 app that looks like this: You can find complete sources if you want to have a go yourself at http://github.com/torhve/cubesensor